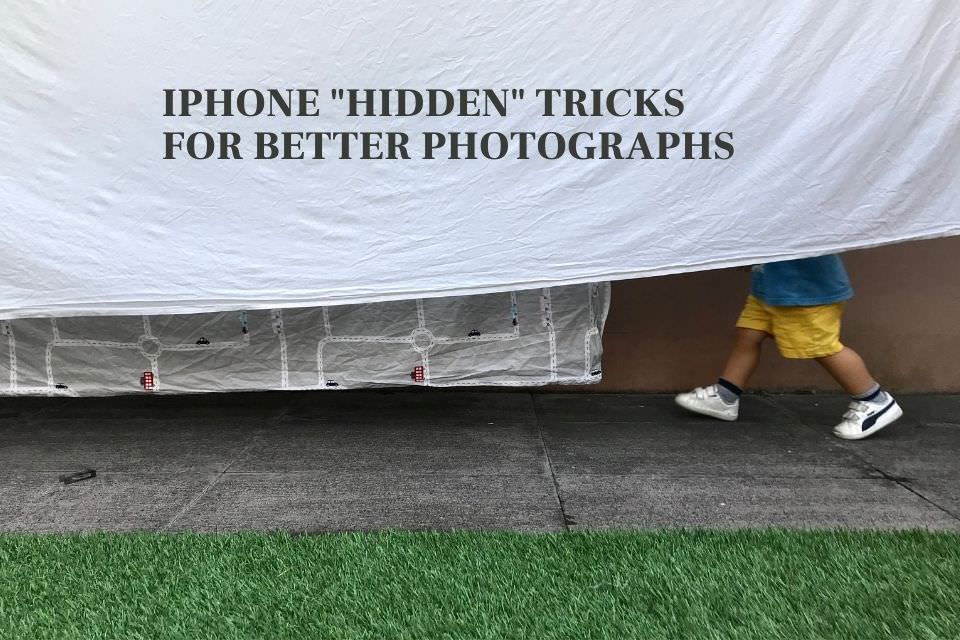 Taking photos with a cell phone is something we are used to, and sometimes we even surprise ourselves with some pictures that turn out much better than we expected. However, we can always improve our photography techniques with some features that we don’t normally use or even know about.

So, today I bring you some photography tricks to try on your iPhone:

The composition grid works as a great help for the alignment and composition of the elements of our photo. We are used to seeing it on normal cameras, but now we can also activate it on our cell phone camera.
The use of the grid, besides helping us to create straight lines (vertical and horizontal), also allows us to put into practice the useful and classic rule of composition in photography: the rule of thirds.
This rule helps the photographer to highlight a particular element of the photo by placing it in a specific position in the image.
By applying the grid, we see that there are four points where the lines intersect, the so-called points of force. When we want to emphasize an element of the image we must place it at one of these points.
For example, when we are photographing a landscape: we can place the horizon line along one of the horizontal lines, (upper or lower), thus giving more emphasis to the sky or to the earth, respectively.
There are many elements that can be placed in the intersecting areas of the lines to be highlighted, creating more visually pleasing photographs.

How? Go to Settings > Camera > Activate grid (image in portuguese).

This trick is especially useful when you want to take several photos in the same scene without having to constantly select what you want to focus on and the respective exposure for each photo
When we click on the screen to focus on something, any change in the image (e.g. movement) causes the iPhone to change the focus point and exposure.
By activating the AE/AF (auto exposure and auto focus) lock, we are able to lock the focus and exposure at that focus point. In other words, even if something moves in the image, the focus and exposure will not change.
This is very useful in situations where we can anticipate what is going to happen and want to be ready to shoot at the right moment. For example, the kids are running around the sofa: first we lock the focus on the place where the kid will pass (where we know he will pass several times), and each time he passes that place we shoot.
Without AF/AE locking, with movement, the iPhone would constantly change the focus point and exposure of the image.

How? With the camera on, we identify the area we want to focus on by touching it on the screen for a second. Keeping our finger on our selection, a yellow box saying AE/AF Lock will appear on top. Now we can lift our finger, the AE/AF Lock is active and, therefore, the same focus and exposure characteristics of our selection will be maintained for the next shots we take in that scenario. (The AE/AF lock will remain active, ready for us to take several shots, until we tap another point on the screen, deactivating the AE/AF lock).

In quick moments, the burst shooting feature comes in very handy. By taking several pictures without stopping we can get various expressions and movements that we might not get when shooting normally.
Obviously this feature is great for photographing the kids.

How? If we keep pressing and holding the shutter button, about ten pictures are taken per second! (The count of the number of pictures is displayed as long as we keep our finger on the shutter button).
On the iPhone we can also use the volume up button to take a picture, and holding it down will switch to burst mode.

After taking several pictures in burst mode, we can simply go to our image gallery to choose the ones we like best and delete the rest – so that we don’t have too many of the same pictures in our library.

I hope you enjoyed these tricks!
Good experiences and good pictures!